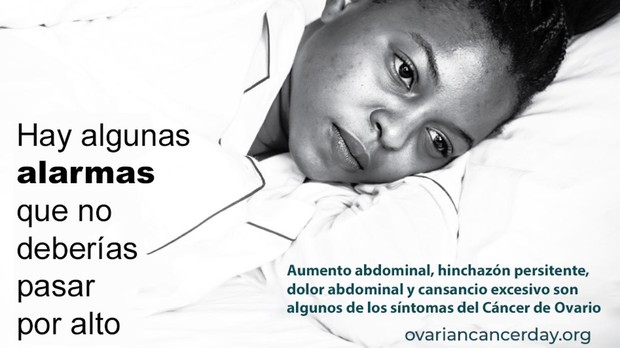 We know that ovarian cancer is the 5th cancer in frequency in women. It affects one in every 70-80 women. This represents 1.4% of cancers in the general population. Of them, 85-95% are spontaneous and 5-15% are inherited. In this small percentage, the inheritance is autosomal dominant. This means that 50% of the offspring will be affected by the predisposing mutation. The 2 genes that mainly intervene in these mutations are BRCA 1 and 2, which were discovered in 1994 and 1995 by Mary Claire King in the USA.

But most cases are spontaneous and that means we have no clue to suspect who can get an ovarian cancer.

There is a wide variety of ovarian carcinoma strains, depending on the ovarian cells from which they derive, and as a result they are classified into different types. And each type of cancer has a more frequent age of appearance and different severity and progression rates.

The main common feature in general is the absence of symptoms. That is why most of the time, the diagnosis is delayed and the prognosis of life gets worse.